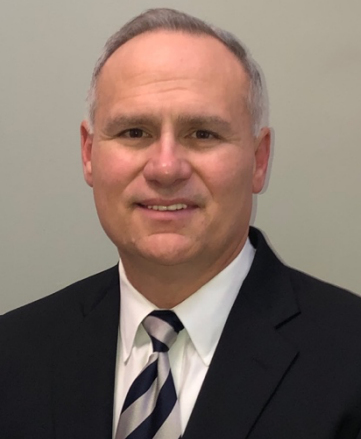 Brigadier General Norman L. “Norm” Cooling, USMC (Ret) is the President and Founder of N. L. Cooling Strategic Consulting, LLC, which specializes in organizational assessment, process improvement, leadership training and education and government engagement planning. He is a founding partner of the Centurion Leadership Group. Norm retired from the Marine Corps after more than 33 years of service, including 11 deployments and multiple combat tours as an infantry commander and operations officer. Norm has significant senior executive leadership experience in planning and managing operations of large, complex defense organizations up to 225,000 people, including serving as the deputy chief operating officer for both the U.S. Marine Corps and for U.S. European Command. He has commanded ground task forces of approximately 1,500 service members in both eastern Afghanistan and Al Anbar, Iraq; served as the Operations Officer for NATO’s Regional Command Southwest in Helmand Province, Afghanistan; and served as the Operations Officer for the 1st Marine Division (Forward) during the final phase of Operation Iraqi Freedom I.

Norm managed legislative affairs for both the Commandant of the Marine Corps in 2017-18, and for NATO’s Supreme Allied Commander Europe in 2001-2. As the Deputy and Acting Director of Operations for U.S. European Command in 2014-16, Norm led the Command’s transition from a security cooperation focused management organization back to a warfighting capable headquarters while producing the first Theater Campaign Order for the Command since the end of the Cold War. Maximizing the effective use of limited resources, this Order identified and directed specific, measurable actions to deter Russian incursions into NATO member-nations and to reassure NATO allies while building their interoperability and capacity. Norm also led the effort to produce a multi-national, interagency Counter-Terrorism Plan for U.S. European Command that later served as a model for the Department of Defense’s development of a broader, international counter-terror plan. Concurrent with leading these strategic and operational planning efforts, Norm managed the U.S. operational response to regional crises, including the 2016 coup attempt in Turkey.

As the commanding officer of the Marine Corps Mountain Warfare Training Center, Norm recognized redundant government expenditures between agencies in support of infrastructure developments and facilitated a land exchange program with the U.S. Forest Service to avoid future opportunity costs. This enabled the Center to save approximately $2M a year in redundant environmental survey costs; taxpayer saving that continue to accrue. He also developed a comprehensive pre-deployment training program for units deploying to Afghanistan that included the integrated use of lands and resources managed by three different military services, the Bureau of Land Management, the U.S. Forest Service and the States of California and Nevada. Finally, Norm garnered local, Department of Defense, and Congressional support to build a commissary and other facilities in support of the Center’s isolated training cadre and their families.

Norm graduated with the highest distinction from the U.S. Naval Academy in 1986, where he was both a Burke and a Cox Fund Scholar. He also holds a Master of Arts in National Security and Strategic Studies from the U.S. Naval War College; a Master of Military Studies from the Marine Corps University’s Command & Staff Colleges; and a Certificate in Strategic Business Planning for Executives, from the College of William & Mary. A life-long learner, he is currently a doctoral candidate in education at High Point University.

Norm and his wife of 32 years, Beth, live in High Point. They serve as ushers and Care Ambassadors for Wesley Memorial United Methodist Church. Norm also serves on the Board of Directors for the non-profit veteran services organization American Heroes for North Carolina (AH4NC) and as a Blue & Gold Officer for his alma mater, the U.S. Naval Academy.